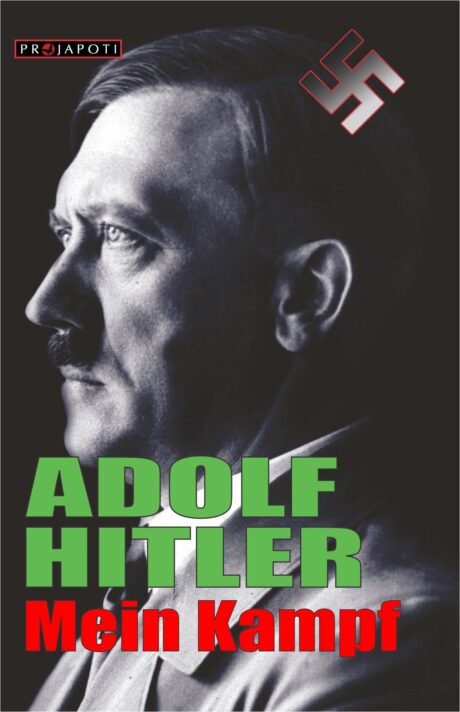 “Mein Kampf” authored by the crook himself Adolf Hitler, one of the most misguided man to have wrecked the human race including his own brethren, the Germans. The whole world suffered the shocks and shivers for his personal Kampf turned out to be the German Kampf. How millions of learned and noble Germans could come to worship a man and willingly obey his every word, whim and fancy, paralleled by more followers of Jesus Christ, Mohammed and Buddha stands out as one more example of the powers of oratory, charisma and hypnotic appeals. Our history goes on repeating at periodic intervals throwing out an extraonce be a Napoleon, a Muhammed Ghori, a Joan of Arc or another time, a Shivaji, a Basavanna, a Guru Govind and so on. In line with their aims and abilities, these children of Fate pushed the world at their feet u above the sky or down to the depths of bottomless pits. To the latter category belongs this racial diehard from Germany with his obscurantist notions of birth as deciding factor in evaluating and granting a status to a human being. And he tells us: India can never be a sovereign and secular republic. Egypt can only be a crippled country a Jew has to be condemned because he is a Jew. 640 pages. Complete and unabridged. 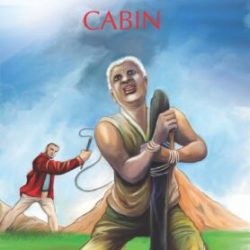 Uncle Tom's Cabin by Harriet Beecher Stowe is one of the most famous and popular pieces of Civil War literature. Drawn from selected pieces of real life anecdotes, Uncle Tom's Cabin was a book that drew many people into the fight over the institution of slavery. Stowe's novel is designed to illustrate for the world the evils of slavery. The separation of slave families, the physical abuse inflicted on slaves, and question of racial equality are three major themes that run throughout the novel. One of the most liked novels in the world. Now illustrated and abridged for young readers.
Reading level: 10.00+ years Paperback: 240 pages ISBN-10: 817606162X ISBN-13: 9788176061629 Product Dimensions: 13.5 x 19 x 2 cm 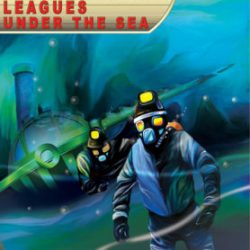 Stories about a giant sea monster that attacks and sinks ships at sea have captured the public's imagination. Professor Pierre Aronnax, a naturalist, joins an expedition to destroy the monster. He takes along his servant Conseil. On board, Aronnax meets harpooner Ned Land, who spots the monster. The moment Ned Land harpoons, he realises he has hit a manmade object. It is a submarine! Twenty Thousand Leagues under the Sea is an amazing story of Captain Nemo and his mysterious submarine, Nautilus. One of the most liked novels in the world. Now abridged & illustrated for young readers.   Reading level: 10.00+ years Paperback: 232 pages ISBN-10: 8176061859 ISBN-13: 9788176061858 Product Dimensions: 13.5 x 19 x 2 cm 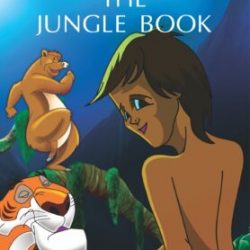 The Jungle Book is one of the works for which Rudyard Kipling is best remembered. The tales in the book are fables, using animals in an anthropomorphic manner to give moral lessons. The best known of them are the stories revolving around the adventures of an abandoned 'man cub' Mowgli who is raised by wolves in the Indian jungle. The most famous of the other stories are probably 'RikkiTikkiTavi', the story of a heroic mongoose, and 'Toomai of the Elephants', the tale of a young elephanthandler. Each of the stories is preceded by a piece of verse, and succeeded by another. One of the most liked novels in the world. Now abridged & illustrated for young readers.     Reading level: 10.00+ years Paperback: 232 pages ISBN-10: 8176061743 ISBN-13: 9788176061742 Product Dimensions: 13.5 x 19 x 2 cm 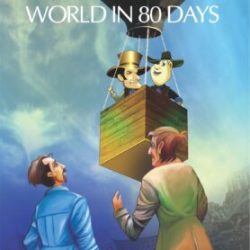 AROUND THE WORLD IN 80 DAYS (Abridged & Illustrated)

Around the World in Eighty Days by Jules Verne is the story of a fantastic journey by an Englishman in 1873. Phileas Fogg of London and his newly employed French servant Passepartout attempt to circumnavigate the world in 80 days on a £20,000 wager. The voyage is the result of a wager by Phileas Fogg and his counterparts from the Reform Club. The men insist that Fogg can not go around the world in eighty days without delays. Phileas Fogg accepted the challenge and set out with his servant to achieve the incredible journey. One of the most liked novels in the world. Now abridged & illustrated for young readers. Reading level: 10.00+ years Paperback 232 pages ISBN-10: 8176061816 ISBN-13: 9788176061810 Product Dimensions: 13.5 x 19 x 2 cm